Aligning business and IT with the Smart Contract Visualizer

Business processes and operations that involve a variety of participants are difficult to coordinate. In the status quo, participants typically lack visibility into the current status of the system. There is typically no real-time view of what the other participants are doing. In most cases, this is due to the absence of sufficient tools for communication and coordination. The Smart Contract Visualizer solves this problem. Now you can instantly visualize state machine smart contracts to make sure business and IT are aligned on the business logic of your smart contracts.

We already know that blockchain has the capacity to gather stakeholders around consensus on the contents of a transparent distributed ledger. Using that “base consensus system,” we know it is possible to simplify coordination and increase the efficiency of operations on a wide variety of complex processes. This can be done by leveraging smart contract functionalities in order to represent these processes on chain, and to make sure they are shared between all participants.

Through our work with clients on real projects, we realized at SettleMint that many operations, both within companies and between companies, that look impossibly complex at first, can actually be easily defined using the concept of state machines. Further, since state machines are very much analogous to smart contracts, all we need to do is translate the logic that is represented by the state machine diagram into a smart contract.

Below you can find an example of a drug package moving from the manufacturer, to the reseller, to the pharmacy: 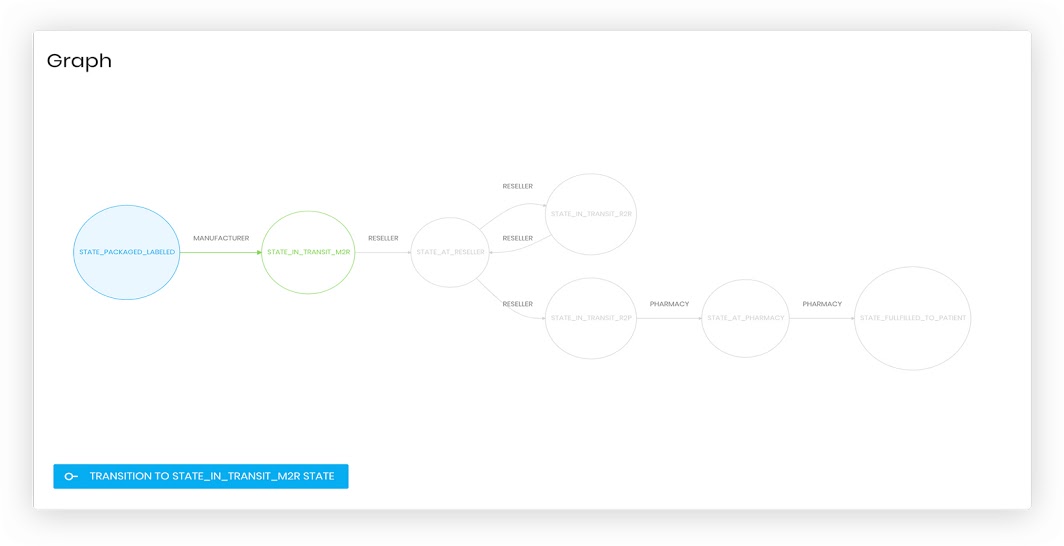 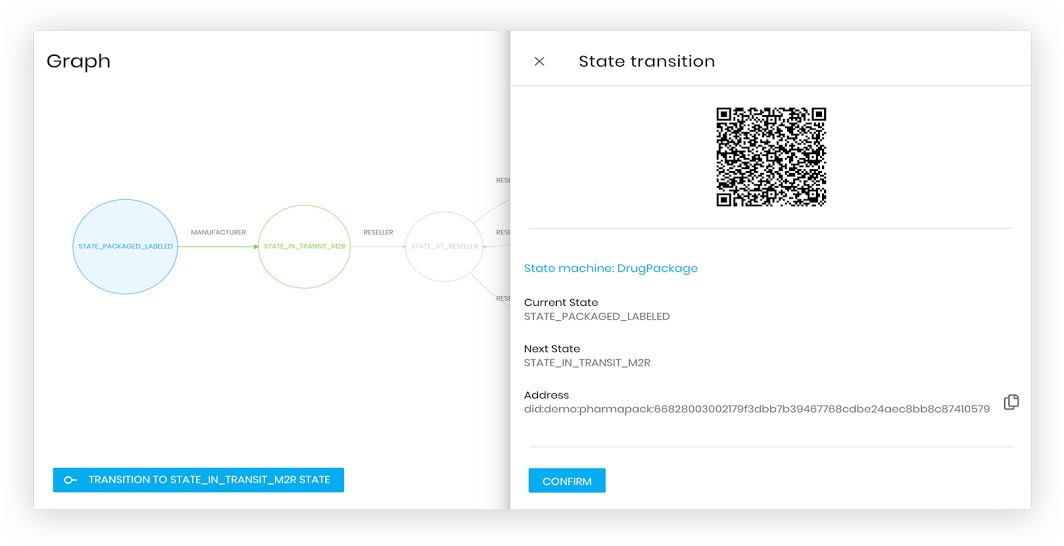 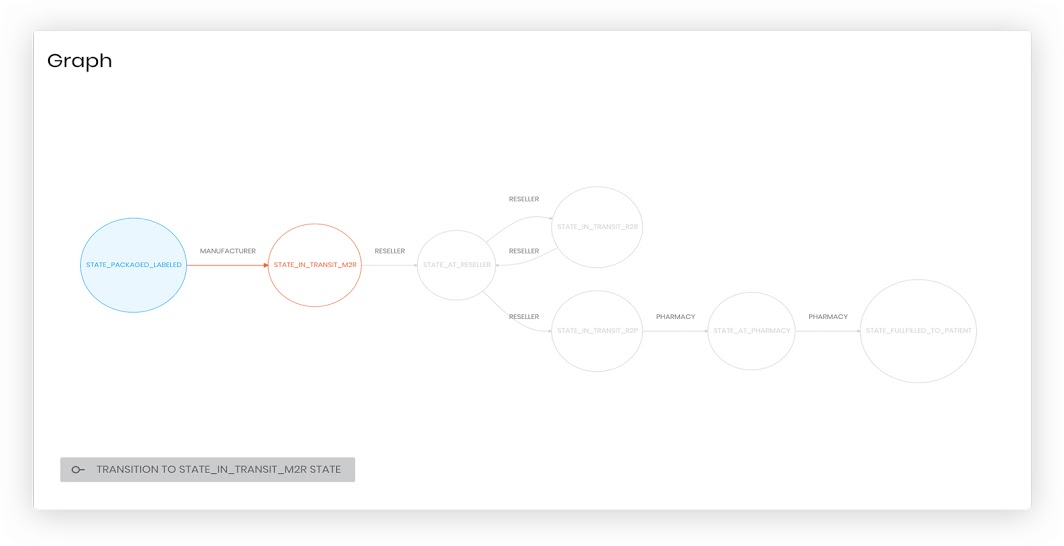 In order to provide you all the needed functionalities to represent your process on chain, we combine two undertakings. These are:

1. The state machine smart contracts.
These make sure all the necessary data and information is stored on chain.

All the contracts that you need in order to create your own state machine are available in the Integrated Development Environment (IDE). Thanks to the templates in the IDE, you do not have to waste your time developing from scratch the foundational architecture that will support your system. This frees you to focus on the logic of your state machine, ultimately empowering you to build much more complex processes. As you’re designing the “state machine representation” of your process, all you’ll need to know is the following:

Thanks to simple functions such as “createState,” “createRole,” “addNextStateToState,” or “addRoleToState,” you will be able to easily define your state machine in the smart contract. Moreover, by following our examples, you’ll ensure that the visualization that appears later on precisely matches the logic of what you wrote in the contracts.

Once you have finished writing your smart contracts, you can upload them on chain and import them into the SettleMint platform. This step is completed in only a few clicks by using our tools. Thanks to the SettleMint platform, you will have the ability to read state machine-enabled smart contracts and generate a full-fledged user interface from them, including a visualization of the blockchain application in “state machine” form.

Role-based access
The platform also ensures that the role-based access that is defined in the smart contracts that make up the blockchain application are not only depicted in the state machine connectors that form the visualization, but are also enforced through the graphical interface. Thus, a user who does not have permission to act on a given portion of the system, would not be able to transition an entity from one state to another. This allows permissioned users (and only permissioned users) to interact with the smart contract and its various functions.

API endpoints
Last but not least, for all the smart contracts that you’ve uploaded in the platform, the complete API endpoints are generated and provided to you. Besides enabling the transition from one state to the other directly from the visualization in the platform, having the API endpoints means this task can be performed externally, for example by integrating with your own system.

Thanks to smart contracts that have already been pre-built for you, and thanks to the visualization available within the platform, you will now be able to translate all your process into “blockchain language” in record time and with optimal precision.

Do you have a blockchain use case?
Discover how to move to production in weeks!

TRY IT NOW FOR FREE